The ceremony of unveiling a plaque commemorating professor Wiesław Olszak 14.09.2021 14:37

He was an outstanding scientist and specialist in the field of construction and operation of machines. Professor Wiesław Olszak was also a great academic teacher, tutor of many generations of Szczecin engineers and scientists - said Rector Jacek Wróbel during the naming ceremony.

On September 9 this year the University Laboratory of Technology Hall was given its name after professor Wiesław Olszak.

The ceremony was accompanied by the unveiling a plaque commemorating the Szczecin engineer and scientist. The event was attended, among others, by: Rector of ZUT professor Jacek Wróbel, Rector of AGH professor Arkadiusz Mężyk, members of the Machine Building Committee of the Polish Academy of Sciences, President of the University Council Zbigniew Cenkier and Paweł Szeremeta from the Marshal's Office.

From now on, our Technology Hall is named after a noble, kind, and meritorious man for the Szczecin academia, and above all for our University - said the Rector of the West Pomeranian University of Technology, Professor Jacek Wróbel.

For his science and technology activities, didactics, and organizational activities, he was awarded, among others Commander, Officer and Knight Cross of the Order of Polonia Restituta, Cross for Merit for the Development of Science in Western Pomerania.

During the war, prof. Wiesław Olszak was a soldier of the Home Army fighting in the Kielce region for the freedom of Poland, for which he was awarded the Partisan Cross, the Home Army Cross and the Medal of Victory and Freedom.

Plaque commemorating professor Olszak was designed by Tymon Królikowski, a third-year student of monument conservation at the Nicolaus Copernicus University in Toruń. The casting model was prepared by Marcin Królikowski, Krzysztof Filipowicz and employees of the Technological Hall Laboratory. The casting was made in the university's foundry under the supervision of Bogdan Piekarski and Andrzej Drotlew. 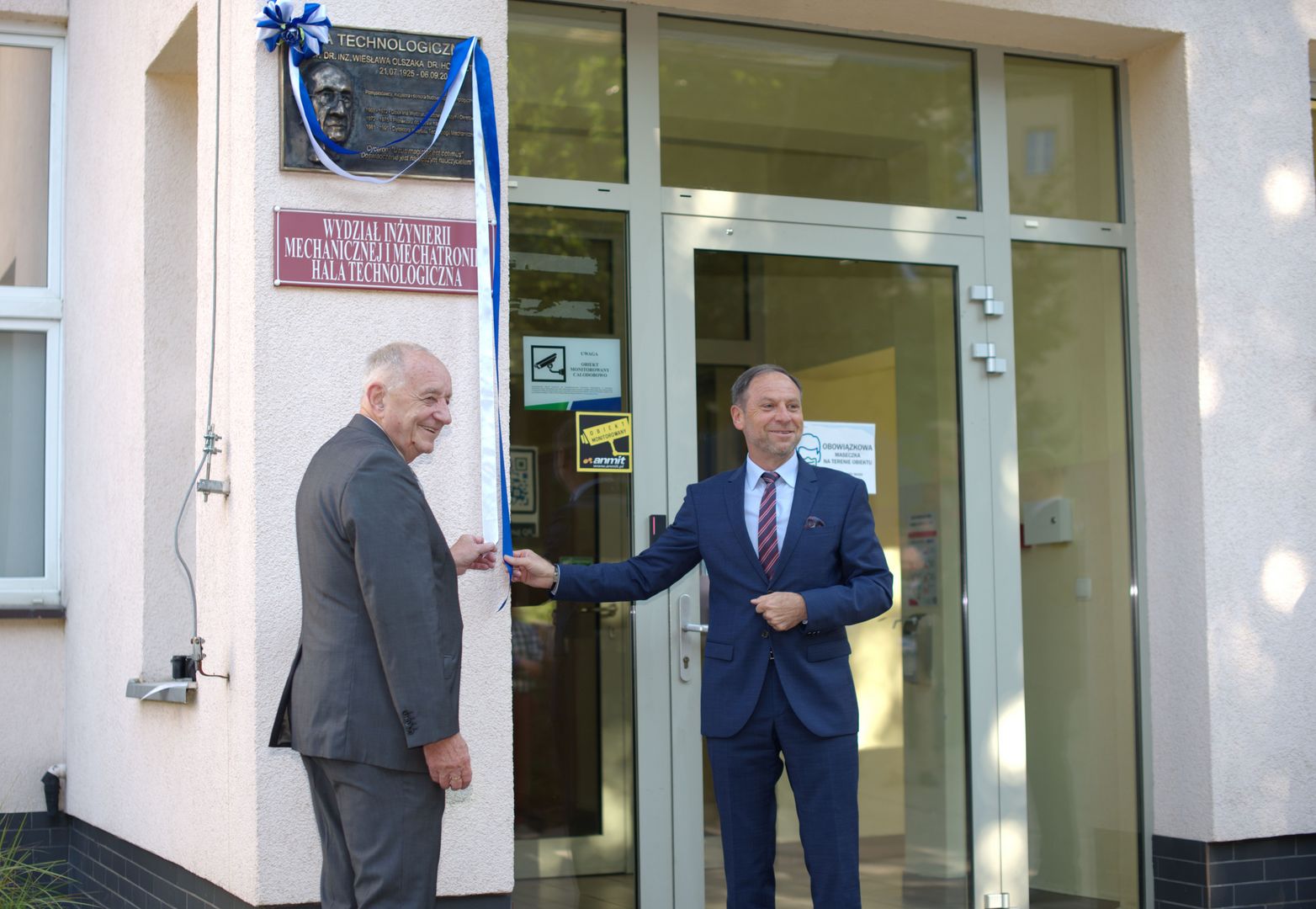